Brought to you by Carl Junior's 'Fuck you I'm posting!' 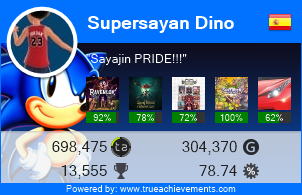 THE KING IS BACK

No one left behind.